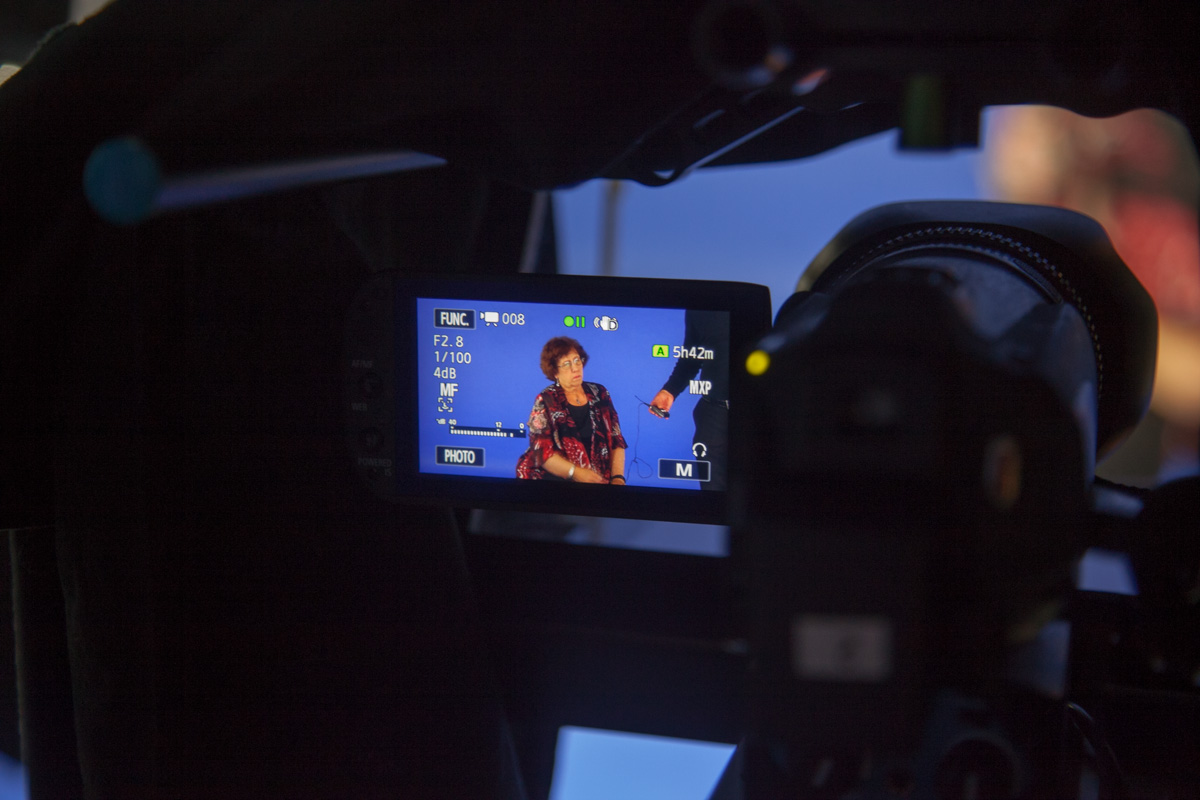 Emotions. That was the theme for the FDTV filming in February, and my gut was roiling with them. The drive over to the studio was crazy! Dodging road rage driven vehicles like bullets, I went from calm to fear to relief to dread the entire way. It was like going from 0 – 60 in three seconds. And from 60 – 0 in two. Talk about your heart in your throat! Wait… heart in throat… that was why I was speechless, and all choked up! It would have been easier to speak if instead my heart was on my sleeve.

Upon arrival, members of the FDTV crew urged me to hop onto the elevator with them. What???? Were they toying with my emotions? Growing up near New York City, my childhood was filled with rides on faulty elevators. No thanks. I took the stairs.

Some actors use the Stanislavski approach to acting. Others swear by the Method Acting Technique. All it took for me to connect with my emotions was a white-knuckle trip on the freeway and the threat of being confined in an elevator for two floors!

We all ran through our emotional pieces tongue in cheekily. First, how to use emotions to color your speech. Greg’s deeply resonant vocal delivery was anything but BORING, BLAND and well, BEIGE! Mabel’s editorial piggybacked ditching the beige tone. Beginning her editorial in a ranting tone she swerved through emotions like a zippy race car driver, reaching the finish line with her shining smile. In his News Blitz, Steve bookmarked the jubilation of members achievements cuddling it around the sad announcement of the passing of our beloved Karen Spohn, DTM.

All this was just an emotionally charged lead in to our Member Success Story. Susan took the stage. Our jaws dropped as she recounted her tale. Can you believe her daughter escaped the jaws of a mountain lion? Talk about going from 0 – 60 in three seconds. The normally chatty crew were too busy choking on their hearts to say a peep for at least seventeen seconds.

But then we had to get talking again. Because you can’t keep a Toastmaster quiet for long. We were short-staffed that evening, that meant fewer chatty mouths, but meant we would all perform multiple roles. That sounds just like in a Toastmasters meeting! FDTV is like a Toastmasters meeting, with a lemon-lime twist. The constant presence of the camera, and the assistance of the teleprompter add a tangy zest to speech-ing.

Do you need a new twist on your Toastmasters experience? FDTV might be the some-zing you are looking for! Third Thursday of the month at iWink Studios. You catch the elevator… I’ll take the stairs! See you up top!

Daniel Cossack - Daniel is the Executive Producer and web developer of Founder's District TV. He has been a member of Toastmasters Founder's District since 2005 and is now serving as the Club Growth Director for 2015-2016.
Previous

Michael Varma speaks with Daniel Midson-Short and Cindy Carpenter after

Zap Negativity and Ignite Your Life, Your Results.  Barbara Khozam